Posted at 19:18h in Intervention, Mobile Cinema by novofi5_wp
0 Likes

Our latest film, a collaboration with Invisible Children, is Ani Wa Sa (We Are One), and is premiering at the world’s top environmental film festival, DCEFF! 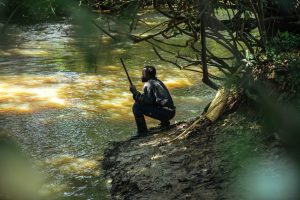 Two brothers who come from a line of central African Zande hunters, seek to protect their local forest from seemingly opposing avenues: one through family tradition and the other as part of a national park ranger team. Though their relationship has fractured, an advancing rebel group seeking to poach and traffick elephant ivory poses a mutual threat and the brothers may need each other to protect the people and wildlife of their homeland for generations to come.

Ani Wa Sa is being used in an innovative on-the-ground mobile cinema initiative to help build bridges of trust and collaboration between central African communities, conservation actors, and humanitarians, in an effort to improve the safety and build the resilience of people and wildlife in this fragile and interdependent ecosystem. 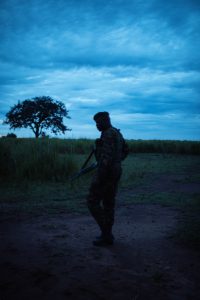 This project is part of the USAID-funded Community Resilience in Central Africa (CRCA) Activity, an Invisible Children project made possible by the support of the American people.